AUBURN HILLS, MI-Daimler-Chrysler is building a 420,000 sf office facility on 24 acres about a mile north of its North American headquarters in Auburn Hills. The building is a another step in the two-year-old consolidation of the Mercedes Benz financial services staff of Norwalk, CT and the Chrysler financial services staff, says spokeswoman Melinda Wilson.

The company held a groundbreaking ceremony Wednesday morning for the future five-story building. Plans include a large training and conference center and a five-story parking deck. Construction is expected to cost $100 million.

Wilson said the project made sense from a employee location standpoint.”The 800 merged employees are in leased space at the American Centre complex in Southfield. We were just running out of room. This will give us more room for more employees,” she says. The project will create 1,300 new jobs, says Kelly Hale from Lt. Gov. Dick Postumus’ office.

The building is expected to be completed by 2002. The architect is Harley Ellis of Southfield, and the construction manager is the Walbridge Aldinger Co. of Detroit. 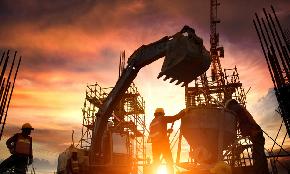 The BLVD at Wilson Crossings will feature layouts for up to four bedrooms.