SEATTLE-The Associated General Contractors of Washington now has wage package agreements with each of the five basic construction trades in Western Washington. The three-year packages feature annual increases of 3.6% to 4%, well above the consumer price index for the area.

SEATTLE-After more than six months of negotiations, the Associated General Contractors of Washington has reached agreements with each of the five basic construction trades in Western Washington.

The three-year, wage-fringe packages negotiated with the Laborers, Carpenters, Cement Masons, Operating Engineers and Teamsters unions include annual increases of 3.6% to 4%–well above the consumer price index for the area, which has been approximately 3% for the past three years. The increase is also slightly higher than most other regions in the country.

The AGC attributes the high level of increase to the high volume of construction being experienced in Western Washington and the desire to keep the construction industry attractive to potential workers.

Legal & General Enters US Life Sciences Market With $4B

Pay It Forward: "Stop Talking About the Work. Let the Work Speak for Itself"

"Develop your strengths, cultivate your purpose, seize your opportunity, and recognize your weaknesses," says Anne Hollander, CEO of Lobby CRE. 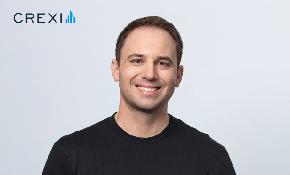