DENVER-The city and county are eyeing a municipal-funded 500-room hotel project as a way to get a facility at Denver International Airport. Council has yet to approve the proposal, which calls for Westin to manage the site.

DENVER-The city and county are eyeing a municipal-funded 500-room hotel project as a way to get a facility at the Denver International Airport. The city would not only fund it, but own it upon completion at the southeast corner of the airport terminal. Under the plan, DIA plans to sell $107 million in tax-exempt bonds next year to finance the $115-million hotel.

The Westin Hotel chain will get a 15-year management contract in the deal. Plans call for 10 floors of rooms, with four levels of below-ground conference rooms, restaurants, parking and other hotel amenities.

Under the financing plan, Westin also will also purchase $7.5 million in junior note obligations that will be secured by hotel revenues. The hotelier also must contribute $1 million toward design costs and fund a working capital account up to $1.5 million, with initial funding of $600,000. Construction, which could begin in fourth quarter 2001, carries a late 2003 completion date. In 15 years, it is estimated that the hotel will be worth $175 million.

Denver City Council has yet to approve the proposal. City councilwoman Susan Barnes Gelt says the deal is great for the city. “It’s a Herculean effort to arrange hotel financing in this market,” she tells GlobeSt.com, explaining the motivation for DIA and the city to put up the money for the project.

Some council members, however, want Westin to guarantee cooperation should union representation be sought by hotel workers. Bruce Lange, Denver-area managing director for Starwood Hotels & Resorts Worldwide, Westin’s parent, says they would have no problem operating a unionized hotel. 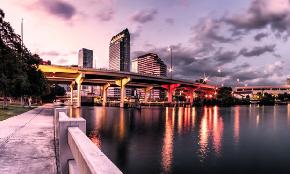 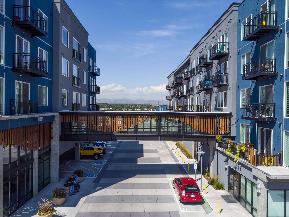