CHARLOTTE-After nearly four years of balking and bickering, Charlotte's city council has voted to allow an expansion of SouthPark mall.

CHARLOTTE-About $100 million will be spent on a 50% expansion of SouthPark mall in southeast Charlotte, bringing to the area an influx of upscale retailers and a host of specialty shops. Plans call for Nordstrom and Saks Fifth Avenue to open anchor stores in the mall in 2002.

Mall developer Henry Faison, faced with opposition when a major expansion of the mall was first announced, gradually won the support of area residents and city officials by modifying the original plans.

Opponents fought back, however, claiming Charlotte had violated city and state laws by approving the expansion. The group also opposed other approved nearby developments.

Hines Interest Inc., a Houston-based developer, has approval for Carnegie Town Center, a mixed-use project that will include apartments, offices, retail and a hotel. The council has also approved an addition to Phillips Place, an upscale shopping center. Plans call for an office building, more retail and residences. 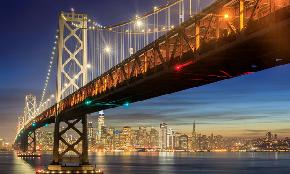