YWCA Fundraising Toward Major Project, Spending on Smaller Ones

SEATTLE-The YWCA of Seattle, which embarked on a mission last year to develop more comprehensive regional services for needy women, children and families, is preparing to take its ambitious $39.2 million capital improvements campaign to the public on Dec. 6.

YWCA Campaign Director Carrie Carroll, who says the campaign is the largest ever embarked upon by a social services agency in the Puget Sound area, says the YWCA has already raised $10.3 million, about a quarter of its total goal, through private fundraising efforts.

“We wanted to make sure that we had the support of our board members before we took the campaign to the public and asked for their support,” says Carroll, who notes that more than half the monies so far received have been contributed by board members.

The core project featured in the YWCA’s capital improvements plan is the construction of a seven-story, 135,000-sf complex that will feature a homeless women’s day shelter, a comprehensive computer lab, classrooms and 145 low-income housing units. Carroll says the building will be constructed on YWCA-owned property located on 3rd Avenue between Lenora and Virginia Streets.

The plan is to begin construction on the building sometime next year and have it completed sometime in 2002,” says Carroll, noting that more details will be available at the Dec. 6 launch of the public campaign.

As for other projects in the plan, Carroll says the organization recently spent $600,000 for the purchase and renovation of the former Police Annex building located at 10 S. Second St. in Renton. The 6,000-sf facility serves as a comprehensive outreach agency for women and families in need, offering services ranging from employment services, to alcohol and drug counseling, to shelter placement.

The YWCA also is currently in negotiations for a site in Everett that would offer similar services sometime next year. In addition, she says the YWCA is searching for a site in the Rainier Valley area that would serve primarily as a youth employment center aimed at keeping youth in school and preparing young adults for the job market. 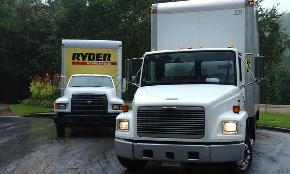 Redfin reports that San Diego and Portland are desirable, Phoenix, less so.