For Fifth Year In a Row, Bay Area Is Top Investment and Development Market

SAN FRANCISCO-Survey respondents' continue to favor investment in 24-hour cities - cities that have succeeded in bringing together a critical mass of quality housing and healthy business activity in central locations.

SAN FRANCISCO-For the fifth consecutive year, Frisco is the top major U.S. market for commercial real estate investment and development, according to Emerging Trends in Real Estate 2000, a widely-cited survey of industry experts.

Trailing the leader closely for the second straight year is New York City, with Boston, Los Angeles and Washington, D.C. again rounding out the top five, according to the report, which is based on in-depth interviews of more than 150 leading real estate authorities compiled and published by New York-based Lend Lease Real Estate Investments and PricewaterhouseCoopers.

Survey respondents’ continue to favor investment in 24-hour cities – cities that have succeeded in bringing together a critical mass of quality housing and business activity in central locations. Regarding the top three markets in particular, the report notes, “These cities all have what investors crave: multidimensional business and residential environments, supply constraints, lifestyle attractions and mass transportation. They’re places where people want to live and work and where new development is difficult.”

The report notes that the San Francisco market – which also includes San Jose and the Silicon Valley – is expected to continue to thrive even though economic pressures are forcing businesses/operations to the suburbs and to lower-priced markets, and the outlook for tech industry tenants is uneven.

About New York, Emerging Trends reports, “Everyone wants to be here … the market has never been stronger,” although confidence in further value gains has weakened. As with San Francisco, formerly fringe areas of the city and the suburbs are reaping the benefits of an extremely strong and diverse economy and low vacancy rates.

Among second-tier cities, the clear favorites among industry experts are Austin and Portland, Ore., while Tampa, Salt Lake City and Charlotte claim the next three positions. But the survey indicates that investor interest in secondary and tertiary cities is thin, and that these markets generally have suspect prospects. 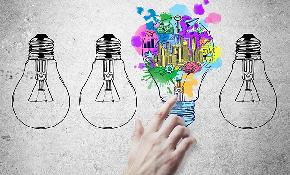