LOS ANGELES-Planners give unanimous blessing to Hileman Co.'s conversion and expansion of aformer Teledyne plant, clearing the way for work to begin as early as next month.

LOS ANGELES-Planning officials have approved Hileman Co.’s plans to renovate and expand the former Teledyne Electronics plant in Thousand Oaks, and Hileman execs say they could start demolition work at the site as early as next month.

LA-based Hileman wants to convert the property, at Lawrence Drive and Hillcrest Avenue, into a four-building, low-rise office park with a total of 275,000 sf. Two office buildings–one occupied by semiconductor giant Conexant Systems Inc.–currently stand on the site, as does a vacant manufacturing facility.

Hileman Co. is no stranger to such ambitious projects. It recently acted as development manager for LA-based Kearny Real Estate Co./Morgan Stanley’s Pasadena Business Park, which involved the conversion of an obsolete manufacturing facility. The development was 100% leased before it was even completed.

Hileman bought the Thousand Oaks property in July. Now that it has the local planning commission’s unanimous approval, it hopes to begin demolition Nov. 1 for the first of three buildings. If plans stay on course, the first building in the renamed Arbors Thousands Oaks development will have 71,000 sf and will be completed by July 2001.

Formed only in 1998, Hileman has already completed or has under way more than $100-million in projects. Aside from its work for Kearny/Morgan Stanley, it has overseen other major developments for aerospace giant Lockheed Martin Corp., lender IndyMac Mortgage Holdings Inc. and entertainment’s David Geffen Co. 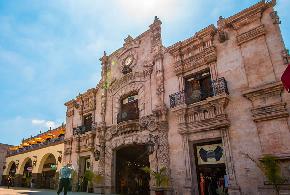