BAYONNE, NJ-Developer Starwood Heller is finishing the build-out and lease-up of the A&P-anchored Bayview Plaza, which the company acquired three years ago. It even draws shoppers from across the Bayonne Bridge.

BAYONNE, NJ-Starwood Heller, based just up the Hudson River in Edgewater, NJ, acquired Bayview Plaza in 1997, and promptly launched into a project to build the property out to its maximum size under current zoning. An A&P supermarket anchors the 102,000-sf retail strip center.

According to Starwood Heller officials, most of the space is gone, with remaining space scattered around the property. The finished property is expected to be open to the public later this fall.

Bayonne is situated at the southern tip of Hudson County, a few miles south of Jersey City and the so-called Gold Coast. Besides its built-in market in the city, the center also attracts shoppers from across the Bayonne Bridge in Staten Island, NY. 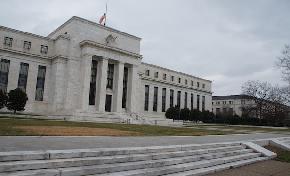