LOS ANGELES-Halloween's barely over, but Southland retailers are already looking forward to what promises to be another strong season for holiday sales and a merry Christmas for owners of local shopping centers.

LOS ANGELES-Halloween’s barely over, but Southland retailers are already looking forward to what promises to be another strong season for holiday sales, and a Merry Christmas for owners of local shopping centers.

A new survey by consultants Deloitte & Touche LLP, in affiliation with the National Retail Federation, says 77% of Angelenos expect to spend as much or more on holiday gift-giving this year as they did in 1999. Nationwide, the figure is an even stronger 80%.

Despite the cheery sales forecast, there are a few dark clouds on the horizon. Though a separate survey of retailers found they expect holiday sales to be up a healthy 4.5% from a year ago; 20% of Angelenos say they’ll spend less this year than last–in part because higher gas prices are cutting into their disposable income.

“Spending will probably be equal to last year, without any huge increases over last year’s levels,” Jacquelin Fernandez, another Deloitte & Touche partner, tells GlobeSt.com. “There may, in fact, even be a slight dip in spending.”

The survey also found that Southlanders will spend their money differently than shoppers in other parts of the country. Nationally, 50% of consumers say they’ll spend most of their gift budget at discount stores; the figure is only 28% in SoCal, where most residents says they’ll spread their money more evenly among traditional department stores, big-box retailers and warehouse clubs.

About 5% of Southlanders say they’ll go to the Internet first to do their holiday shopping–nationally, less than 3% will. 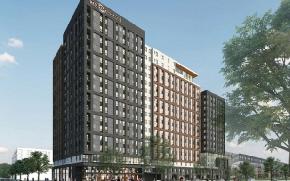