PORTLAND-Measure 7, which requires state and local governments to compensate landowners when regulations reduce their property values, unofficially passed last night. The costs estimated to come with its passage, financial and otherwise, are tremendous.

PORTLAND-Voters here have decided that if they can prove that government action lowered their property values, the government should pay them the difference. That is the gist of Measure 7, and voters in this state approved it on Tuesday despite estimates that its passage will cost the state and local governments about $5.4 billion a year and threaten land-use planning laws, and despite the fact that opponents of the measure outspent proponents four-to-one.

The so-called takings measure requires governments to pay landowners when regulations “take” some of a property’s value by putting restrictions on the property’s use. Foes of the measure contend it will crush the state’s vaunted land-use planning system because government officials could not afford to enforce the regulations.

Opponents raised more than $1.5 million to fight the measure, more than four times what Oregonians in Action reported spending to pass it. For that reason and the fact that a number of newspapers have printed editorials against the measure, nobody expected the measure to be very close – until last week. That’s when a poll for The Oregonian and KATU with a 4% margin of error showed 49 percent of voters supported the measure and 46 percent were against.

The news prompted the state’s chief land-use planning watchdog group, 1000 Friends of Oregon, to stage eleventh-hour press events, including a band of farmers who drove their tractors the Capitol in Salem in opposition to the measure. Some farmers, planners and environmentalists see the measure as a veiled attempt to wipe out the state’s land use measure’s and gobble up rural farm land for urban development. Regardless, the effort appears too little, too late. 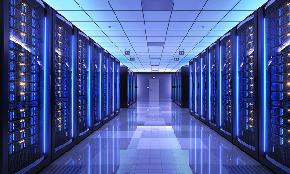