BOULDER, CO-Wild Oats Market Inc. plans to cannibalize eight of 111 stores nationwide and divert funds to beefing up its staff and training for the surviving stores. Net income has dropped $3.4 million in third-quarter accounting comparisons.

BOULDER, CO-Natural foods grocer, Wild Oats Market Inc., will be closing eight of its 111 stores by year’s end or early 2001.

The company is declining to say which ones will be cannibalized to divert millions of dollars to staffing increases and training at surviving stores. Third-quarter sales have increased 11% to $207.2 million from $186.5 million in 1999. But, net income has fallen to $1.1 million, a $3.4-million drop from third quarter 1999.

Comparable store sales also have dipped in this year’s third quarter in the wake of stiff competition from its primary competitor, from Whole Foods. Because of its pending store closures, Wild Oats expects to report a one-time restructuring charge of $14 million to $15 million in the third quarter. 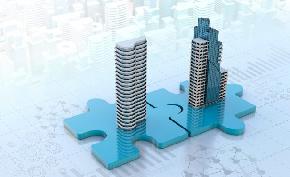