Building City Hall at the Mall

LAKEWOOD, WA-The city has been saving to build its own administrative home since becoming a city less than five years ago. It's getting the land from Wells Fargo for $10 with the hope it will jumpstart the bank's struggling Lakewood Mall.

LAKEWOOD, WA-The City of Lakewood is moving to the Lakewood Mall. The city council this week awarded a $9.8 million contract to Puyallup-based Absher Construction for development of a three-story, 55,000-sf city hall on five acres of the 40-acre Lakewood Mall at 6000 Main St. Construction is set to begin next month. The building is scheduled for completion in October 2001.

The city was preparing to close on another site for $3 million when mall owner Wells Fargo put its mall acreage on the table for a grand total of $10. The fledgling mall, which has been unable to successfully compete with other area malls, had gone through various owners and had reverted back into the hands of the bank. “I think that Wells Fargo felt that working with the city to develop the new City Hall on the Lakewood Mall property would be a catalysis for redevelopment,” says Bill Larkin, public works director for the city of Lakewood. “And this has turned out to be true.”

Larkin says negotiations are currently underway between Wells Fargo and Oregon developer MBK Northwest, which is considering buying the mall and spending as much as $30 million to redevelop it. According to Larkin, one of the plans being discussed is a two-story, class A office building that would be constructed on a 20,000-sf site that was reserved by Wells Fargo on the five-acre property it donated to the city. 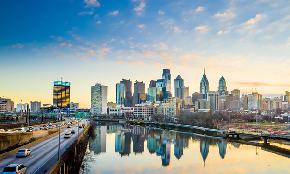