Measure N, which will give voters a say in development agreements that involve 30 acres or more, got more votes than Measure P, which would have provided voters the right to vote on individual projects of 25,000 sf or more. Measure N received 3,055 votes for and 2,737 against; measure P garnered 2,962 votes for, while 2,973 were opposed. The measure with the most votes will become law.

According to Malibu mayor Tom Hasse, a vote for N gives voters the final say on a development agreement the city has already negotiated with MBC, which allows development of 29.7 of the 60 acres of commercially zoned property the company owns. The city’s agreement with MBC requires the firm to donate a considerable amount of land to the city for parks and community service facilities, as well as funding to build a proposed teen center and senior daycare.

Former Malibu planning commissioner Jo Ruggles, a supporter of measure P, contends that “technically” N does not require the city to hold an election on MBC’s proposed development, because it involves less than 30 acres. She says it’s a loophole for developers, because “there are no projects in the pipeline that sizable, so it doesn’t apply to anything.”

Calling it “a campaign of confusion,” Hasse admits that voters were confused about having to choose between the two initiatives and some voted for both, not realizing a vote for one was a vote against the other one. He contends that the city’s initiative guarantees voters a final say on the city’s agreement with MBC. Hasse defends the city’s position on development saying, “We’re trying to come up with a plan that allows Malibu Bay Company to develop something, and Malibu gets what it needs. Both were complex ballot measures. P was designed to confuse voters,” he adds, contending that had P passed, it would have been successfully challenged in court, and the city would have been stuck paying the legal bill for defending it.

Both campaign camps spent a total of about $200,000 to convince voters to vote for one measure or the other, according to Hasse. The citizen group spent about $70,000 to promote measure P; the remainder was spent by developer interests for measure N. Noting that the city has campaign-spending limits in place for council races, Hasse says that the council is likely to extend this to spending on measures. “For a town with 9,000 registered voters, that’s an obscene amount,” he adds, noting that it works out to about $22 per voter. 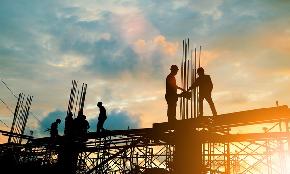