SAN FRANCISCO-The city plans to put $2.5 million to set up a capital fund to help all nonprofits, and another $500,000 to help create an emergency rent fund to aid nonprofit services.

The city is putting up $2.5 million to setup a capital fund to help all nonprofits, and another $500,000 to help create an emergency rent fund to aid nonprofit services. The cash can be used for a variety of expenses, including moving expenses, deposits, buying property and hiring a fundraiser who in turn can help the nonprofit to net more money.

“This obviously comes from the public concern that one of the consequences of our prosperity is that it puts the squeeze on our nonprofit community,” said Supervisor Michael Yaki, chief sponsor of the legislation to create the assistance fund.

A study conducted by the Partnership For Affordable Nonprofit Space – a group formed earlier this year – found that nonprofits occupy nearly 2.6 million-sf in San Francisco, employing more than 6,600 people and using 16,000-plus volunteers. According to the study, the average nonprofit spends nearly 7 percent of their budget on space, but could increase to 20 percent with the City’s volatile real estate market. 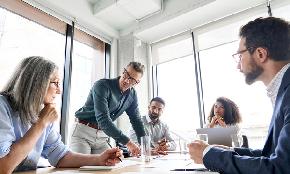 As more people show up in the office, its culture evolving.