LIVERMORE, CA-The fact that the owner of a retial building raised rates and took in an office tenant has some tenants worried they might be next victim of an extremely tight office market.

LIVERMORE, CA-At least one downtown building owner here is finding out how much his space is really worth. The owner of the Village Plaza retail building on Second Street has been raising rents lately, causing some long-standing businesses to move elsewhere.

According to real estate sources in town, Party Time chose to leave after finding out their rent would jump from $2,500 to $5,000 monthly, and Craft Station opted for another location after its rent was headed up by $700 a month. They’ll be no waiting for new tenants at Village Plaza, though. Building owner Robert Apte is replacing Craft Station with the offices of American Title Co., and replacing Party Time with the Visual Image beauty salon.

The fact that one of the two retail spaces is now being used as office space has some tenants in the building worried they might be next. Others are less worried, saying title companies often lease retail-like space, and that the hair salon will bring in shoppers just as well as the previous tenants. Mark Triska, a Colliers International corporate real estate broker marketing the space for Apte, says the presence of more downtown employees can potentially revitalize the area, which has had a hard time attracting new retailers because of a lack of foot traffic in the downtown area. 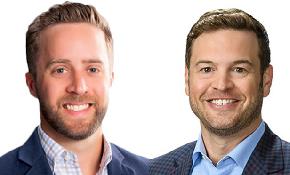