HOUSTON-Light rail's a sure bet when it comes to sparking commercial real estate development, specifically around the portals. Those involved with the project point to other cities as proof that rental rates may rise, but so will the economy.

HOUSTON-Light rail is coming to Houston and it will bring with it a boom in commercial development along its route, predict officials of Seimens Transportation Systems.

Yesterday afternoon, Seimens hosted a catered get-together for potential subcontractors in the spiffy Crystal Room of the Rice Hotel. Seimens is one of the two contestants left in the bidding on the “starter rail system.” The other is the Japanese firm that had been involved in Dallas’ rail system. The Metro Authority will close bidding on the project and award an estimated $100-million contract for the vehicles, rails and infrastructure in January.

“I lived in Houston for three years,” says Keith Stentiford, vice president of Seimens Transportation Systems, now based in Sacramento. “It was always a problem to get into Downtown. Light rail will solve that problem.

Light rail will redistribute consumers along the route that will lure shops and services to set up operations around portals, Stentiford tells GlobeSt.com. “I think the stations will refocus commercial life in the area,” he says. “If you look at all the big cities around the world–most of them are alive today–they haven’t died off because their transport systems have allowed them to stay alive.”

The Metro project will build a 7.5-mile rail line between Downtown, which is enjoying a major rejuvenation, and the Astrodome complex, where Houston’s new football stadium is under construction. It will pass through the Texas Medical Center, the world’s largest and Houston’s biggest employer.

Attorney Jim Limond agrees. He has been working with Seimens on its proposal for the past three months and has been involved with the Houston Sports Authority in the creation of Enron Field. “We have seen what light rail has done in terms of all the development around it,” Limond says, “and I can tell you–now that the electorate has passed the referendum for the (basketball) arena, and Houston is going ahead with its light rail system, property values are going up, up, up along the route.”

At the onset of the Enron Field project, the going rate had been $12 per sf to $18 per sf, says Limond. “Recently, when we were working on the arena, we were paying $50 per sf. I received one counter offer for $195 per sf. That’s a little high, but people are going to see similar development along the light rail route,” he tells GlobeSt.com.

Houston will follow suit with Dallas, Denver, Atlanta, Washington DC and other cities that have built light-rail transit systems. “Once the line went in, you immediately began to see businesses flocking to it. People started acquiring adjacent property. Property values started going up. That’s what happens along rail lines,” he says.

Mark Evans, Seimens proposal manager, who spent most of the evening talking with eager would-be subcontractors, paused long enough to tell GlobeSt.com that “traffic is the main reason given by people who say they don’t want to move to Houston.” Light rail, he contends, will alleviate the traffic problem to some extent as well as pollution. “That’s going to heighten the appeal of the city and that’s always good for real estate,” says Evans. “It spurs development. I’ve seen it personally in Atlanta and Portland, and most recently in San Juan, Puerto Rico. Rail can revitalize cities.” 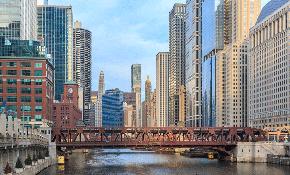 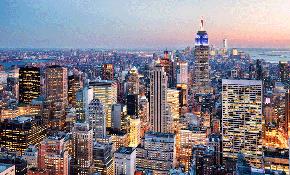