PORTLAND-Publicly-traded Elmer's share price didn't budge with the news, announced Monday. Despite a huge increase in volume, the share price is holding steady at $5 a share, as it did for much of last week.

PORTLAND-Locally-based Elmer’s Restaurants Inc. said this week is negotiating to acquire the seven-store Mitzel’s American Kitchen chain. The privately held, Northwest chain is held largely by John Mitzel, who would become an officer with publicly-traded Elmer’s. Restaurants. Mitzel is also president of Mercer Restaurant Services, which operates five other restaurants that are not included in this asset purchase, but for which Elmer’s retains an option to purchase at a later date.

The seven-unit, family-style Mitzel’s chain operates in the Puget Sound area of Washington and was founded in 1985. Terms of the deal were not disclosed. The transaction is subject to certain contingencies and is expected to close this month. Elmer’s president Bruce Davis says the acquisition “will increase our annual revenue base by nearly 40% and is expected to enhance shareholder value.”

Alas, publicly-traded Elmer’s share price didn’t budge with the news, announced Monday. Despite a huge increase in volume, the share price held steady at around $5 a share, as it did for much of last week, before closing out Tuesday at $4.75 on very litle trading. The stock’s 52-week high came in January of this year, when shares traded for as much as $6.53. It’s 52-week low came three days before that, when shares traded for as little as $4.31. 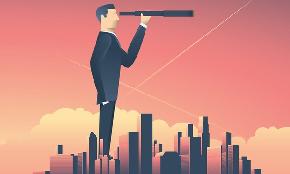