NEW YORK CITY-On the heels of the New York and National Housing Conferences' Annual Awards Luncheon, focusing on those who work for affordable housing, AvalonBay plans new housing out of reach for many.

NEW YORK CITY-AvalonBay, hoping to cash in on the housing crunch, is planning to develop a $102.5-million luxury apartment tower on the Queens West Waterfront. The building will be named Avalon Riverview I, in anticipation of the two additional towers the company plans to build there. This development will bring 372 new apartments onto the market, but does little to satisfy the renewed call for affordable housing in the city.

Examining the housing crunch in the city, the New York Housing Conference and National Housing Conference hosted their Annual Awards Luncheon on Tuesday, as reported by GlobeSt.com yesterday. Keynote speaker Senator Charles E. Schumer promised affordable housing would be high on his agenda when Congress reconvenes. Honorees and members alike urged attendees to go forth and garner support for affordable housing and continue their efforts of creation, financing, preservation and rehabilitation.

Schumer noted during his address that the tight housing market across the nation, but particularly in this city, has driven housing costs so high that many people are forced to leave in search of rent they can meet. AvalonBay’s tower will help meet demand for housing, but will not do much to ease statistics quoted by Schumer showing a 43% increase in the 1990s of the number of people paying half their annual income for rent.

In fact, tenants will have to fork over about $35,520 a year to live here, or approximately $2,960 a month. That’s for one of the smaller apartments. Layouts include studios, one-, two- and three-bedroom units, as well as duplexes. Rent will be stabilized at Avalon Riverview I, according to a spokesperson for AvalonBay.

The draw for the space starved willing to pay the asking price, is its proximity to Manhattan the company says. Across the East River from the United Nations, it is two blocks from the Number Seven train and a four-minute ride to Grand Central Station. Amenities the building boasts read much like a list of hotel services, something carefully designed for its marketability to an upscale audience willing to cross the river.

Some of these features include: 24-hour concierge service, a business center with Internet access, a fitness center, a half-acre landscaped deck with a putting green, parquet floors in the apartments, washers and dryers in each unit, walk-in closets in the bedrooms and private balconies or bay windows. The building won’t be completed until the fourth quarter of 2002, the spokesperson says. It will total 32 stories and will also contain a 130-car parking garage. 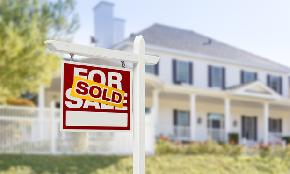