FT. LAUDERDALE-LeClub International principals George Green and Daniel J. Martincak are building a 66-unit tower at 2900 NE Ninth St. on a three-quarters acre site that will offer residences at $600,000 to $1.1 million.

FT. LAUDERDALE-In a city where water taxis are about as ubiquitous as Wolley cabs in Chicago, George Green of Towne Realty and Daniel J. Martincak, president of Birch 9 Inc., principals of LeClub International, have a 15-story, 66-unit luxury condo under construction at 2900 NE Ninth St. that is turning a few heads.

Next to the 33,000-sf construction site is a single-story model of the structure built on a floating barge at the Sunrise Boulevard bridge in the Intracoastal Waterway. The estimated hard construction cost of the condo project is $13 million.

Green and Martincak got the idea for the floating model while spotting the barge in Miami’s Biscayne Bay. “It hit George and I at the same time when we were looking at the barge from our boat,” Martincak tells GlobeSt.com. “We said to each other, why not tow it to Fort Lauderdale and create both model and sales center, neither of which would need to be moved during construction.”

Interior work by the Steven G. firm won the Gold Coast Builders Association Prism Award. The condos are from 2,625 sf to 4,260 sf, each with panoramic views of the Atlantic and Intracoastal. Prices range from $600,000 (229 per sf) to $1.1 million ($258 per sf). Only six residences are on each floor, starting on the fifth level. All have private elevator lobby entrances. Jeff Falkanger & Associates, Inc. of Fort Lauderdale designed the tower. The general contractor is K & M Development Inc. 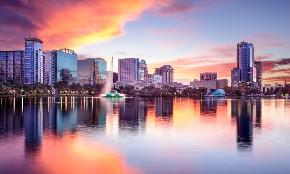