WASHINGTON, DC-Power plants are changing hands in the metropolitan area. Potomac Electric Power Co. sold the bulk of its electric power plants and other generating assets to Southern Energy Inc. for $2.75 billion, including permitted capital expenditures. Pepco’s will also sell its 9.7% interest in the Conemaugh power plant near Johnstown, PA to a partnership of Allegheny Energy and Pennsylvania Power and Light in January 2001.

Pepco also transferred ownership of two small plants in the District of Columbia to a new wholly owned unregulated subsidiary of Pepco Energy Services. SEI will operate these plants.

SEI will sell power from the plants back to Pepco for up to four years. It also acquired the Piney PointOil Pipeline, a 51.5-mile pipeline serving the Chalk Point and Morgantown power plants, Pepco’s rights and obligations to the 84-megawatt Southern Maryland Electric Cooperative combustion turbine, and an engineering maintenance service facility.

SEI officials say they expect the Pepco acquisition to be accretive to earnings, and has already included the expected positive effect in its 2001 earnings expectation of $1.15 to $1.20 per share. Part of the proceeds from the sale of the generating assets will be used to retire $525 million of the company’s outstanding long-term debt.

“The closing of this sale to SEI is a significant milestone in Pepco’s strategy of transforming the company from a regulated, integrated electric utility into a diversified telecommunications and energy services company, selling and delivering electricity, natural gas, telecommunications and related products in the mid-Atlantic region,” says John M. Derrick Jr., Pepco chairman and chief executive officer. 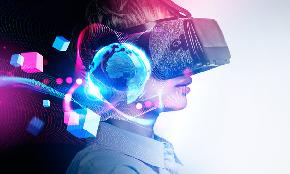 NFTs, crypto tokens used to buy "land" in metaverses, have lost 97% of their value.