TROY, MI-City leaders decide not to include a performing arts theater and other projects on public land, which property owners say will be included in plans by New York developer Eric Castro.

TROY, MI-A local landowner involved with 16 acres south of the Top of Troy building says a buyer of his property has received the green light to include cultural projects with proposed mixed-use plans for the site. The city council has agreed it would not build a 5,000-seat performing arts center on the city Civic Center property, northof Big Beaver Road and east of I-75.

The council also discussed canceling plans to build a combined conference center/hotel on the 26-acre site as well. The projects would have cost $100 million to build, city staff estimated.

The Civic Center site is diagonally across Big Beaver and I-75 from the Top of Troy building. Ron Sloan, who’s selling his land to New York developer Eric Castro, says Castro wants to build the hotel, theater and conference center himself.

“It would be the best place for these facilities,” Sloan tells GlobeSt.com.

The city council argued the projects should not be built on public land. Mayor Matt Pryor says if a private developer wants to build them, more power to them.

“We’d still love to see these components, such as a theater where we could invite the Detroit Symphony Orchestra or Pavarotti,” Pryor says.

However, to get full use of the property, Sloan says the 26-story Top of Troy office building should be torn down. Kojaian Cos. of Bloomfield Hills owns the property, and has not commented on whether it wishes to sell.

Castro wants to a build 1.5 million sf of mixed-use facilities, which would include offices, retail, condominiums, a hotel, restaurants and possibly even entertainment venues such as a movie theater or other uses. Sloan says the plans would also include a $40-million, 70,000-sf Children’s Youth Museum, which had also been set to go on Civic Center property, but was rejected by the new council that was elected in April. Pryor was one of the new officials voted in during that election.

Castro’s project would cost about $500 million. Adding the Top of Troy property would bring the project size to 40 acres.

“It’s an older building, with creaky elevators and small floorplans,” Sloan says. “Castro would probably double what Kojaian paid for the property.”

Tom Christenson, president and owner of Commercial Realty Ltd., based in Troy, is representing the seven sellers of the property near Top of Troy, including Sloan. He says Castro’s project could even link with the Civic Center property by a sky-bridge over the freeway.

Sloan says Castro was asked to hold off on continuing proposals to the city for the project until Monday’s council meeting. The discussion is still on hold, as the officials will not make a formal decision on the Civic Center property until after another meeting Sept. 6.

Pryor says Castro has been in discussion with the city about his project and needs a few variances and a planned unit development designation. Castro was in Mexico and could not be reached for comment. 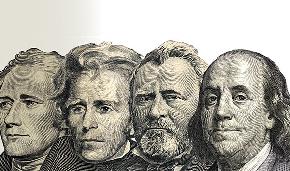 Transwestern Ventures Has $122M for Its Debut Investment Fund

Investors put in $5 million to $20 million each. 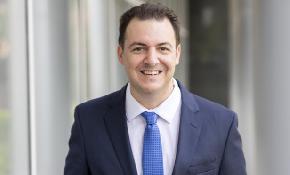