SEATTLE-Samantha Golding-Turner has joined the Grubb & Ellis Downtown team as an associate. Golding-Turner specializes in office property leasing throughout the Puget Sound Region

SEATTLE-Grubb & Ellis has added a new associate to the Downtown team.

Samantha Golding-Turner, who specializes in office property leasing throughout the Puget Sound area has joined the Downtown office.

Founded in Northern California in 1958, Grubb & Ellis is one of the nations largest commercial real estate service firms. Through offices and affiliates in approximately 90 U.S. markets, and internationally through an alliance with Knight Frank, Grubb & Ellis leverages the collective resources of approximately 8,000 people in over 200 offices throughout 29 countries, including the United States, Europe, Africa and Asia Pacific.

Last week, Grubb & Ellis reported net income before non-recurring items for the fiscal year endedJune 30, 2001 of $9.5 million, or $.53 per diluted share, compared with $16.5 million, or $.78 per diluted common share, for the same period a year ago. 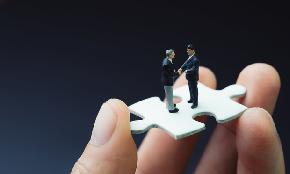