EDEN PRAIRIE, MN-In addition to signing the new store deals with two existing franchisees, the barbeque chain is also selling four restaurants to the franchisees for a total of $3.7 million, as part of an effort to 'seed' their territories.

EDEN PRAIRIE, MN-Famous Dave’s of America has signed agreements with two franchisees for the development of eight new restaurants, and also sold four of its corporate-owned restaurants to the franchisees help them “seed” their territories.

In the first of the two transactions, Famous Dave’s signed an agreement for the development of six new franchise restaurants in the Milwaukee and Green Bay area and simultaneously entered into an agreement to sell its three Wisconsin restaurants to the new franchise group. In the second transaction, Famous Dave’s sold its restaurant in Rochester, MN to Competition BBQ, headed by John Nermyr, which in turn agreed to develop two additional restaurants in out-state Minnesota.

The four restaurants are being sold for a total of $3.7 million. Famous Dave’s anticipates closing on the sale of the three Wisconsin restaurants in mid-February, 2002, pending third-party contingencies. Total annual revenues for the four restaurants were approximately $7.2 million.

With the new deals, Famous Dave’s of America now has 80 franchised restaurants either open or with commitments to open. The company now owns 36 locations and franchises an additional 19 units in Alabama, Georgia, Illinois, Indiana, Iowa, Maryland, Minnesota, Nebraska, South Dakota, Tennessee Utah, Virginia and Wisconsin and has signed development agreements for an additional 61 franchised locations. 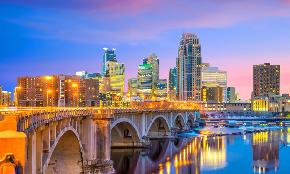 Two initiatives on the ballot in Minneapolis could pave the way for future rent control measures.