WASHINGTON, DC-According to the Association of Foreign Investors in Real Estate, terrorist attacks in the area have not discouraged interest among investors and potential investors. Not only are investors not frightened away by the events, some have become attracted to US markets because of the attacks.

WASHINGTON, DC-The District-based Association of Foreign Investors in Real Estate has concluded in its annual survey that international interest in Washington, DC commercial properties–as well as interest in the US market as a whole–has not waned in light of the recent terrorist attacks. The organization’s findings are based on a survey conducted less than a month after the September 11 attacks on The Pentagon and New York’s World Trade Center. Among non-US AFIRE members, the two cities have tied for the position as the number one US investment market. The organization has 155 members representing 17 countries.

AFIRE’s report found that 61% of those surveyed believe the terrorist attacks have not affected their plans for investment in the States. In an even more positive finding, the survey showed that a whopping 29% believe there will be future opportunities as a result of the attacks. One respondent explained the position, noting, “The events have caused the recession to quicken. As a result, opportunities may arise earlier.”

While AFIRE Chief Executive James A. Fetgatter was unavailable to speak to GlobeSt.com directly, he says in a press release that “among foreign investors, US real estate remains an opportunity for all the right reasons.” He adds that “one of the verbatim comments best captures the sentiment: ‘Real estate in the US benefits from political and economic stability, population and job growth, and a transparency of information and data. US real estate has low risk and a strong system to protect investment. It is still the most stable market in the world.’ “AFIRE also concluded that the area of commercial real estate that is of most interest to foreign investors is the multifamily properties market. 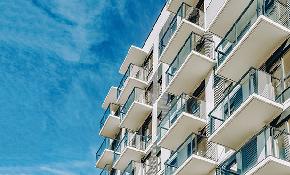