TEMPE, AZ-Crown-Phoenix, which just moved from Spokane, WA to Arizona, acquires the Elliot Corporate Center I in the Southeast Valley. The 93%-occupied building has Honeywell Corp. as its lead tenant.

TEMPE, AZ-A Spokane, WA developer and investor has marked its inroad into the Arizona market, paying a little more than $20.1 million for the Elliot Corporate Center I in the Southeast Valley.

Buyer Crown-Phoenix LLC has just moved to Arizona, but is retaining its Spokane office, Rick Lee, principal of Lee & Associates Arizona, tells GlobeSt.com. The first in the firm’s Arizona portfolio just happens to be “a premier office building,” he says. The property had been on the market for six months and attracted the interest of several bidders.

Seller Hardy & Elliot LLC is a division of the property’s developer, M.F. Diessner Development of Phoenix. Lee and the Insignia/ESG team of Bob Buckley, Steve Lindley and Tracy Cartledge handled negotiations for both sides of the deal.

The sale falls on the heels of a legal dispute between the developer and Garry Price, a local artist who reportedly moved to Oregon in mid-summer, over completion of two steel-and-glass statues commissioned for the office building, according to published reports. Tempe requires developers of office complexes larger than 50,000 sf to provide public art. The developer is blaming the artist for the statues not being completed in time to beat a city-imposed deadline and the artist says the fault lies with the developer. 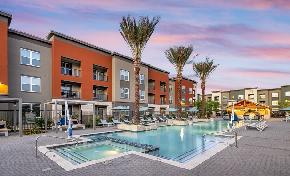