SANTA MONICA, CA-The motion in L.A. County Superior Court attempted to stop shareholders from voting on a $1.1 billion Goldman Sachs buyout of financially troubled National Golf Properties, but the court denied the motion. The vote is scheduled for Dec. 18 at the REIT's annual meeting.

The court has denied a motion to prevent the shareholder vote on Goldman Sachs’ previously announced offer to acquire the financially troubled real estate investment trust and its affiliated private company, American Golf Corp., for $1.1 billion. The partners in the buyout would include affiliates of GS Capital Partners 2000 and Whitehall Street Global Real Estate Limited Partnership 2001, both of which are affiliates of Goldman, Sachs & Co., and SOF-VI U.S. Holdings, an affiliate of Starwood Group Global LLC.

National Golf is a publicly traded REIT specializing in the ownership of golf courses, including 116 courses at 104 facilities in 22 states.

The motion to deny the shareholder vote is the latest in a series of legal and financial troubles plaguing National Golf, which began struggling after the slumping economy drained business from its courses. Beginning in February, according to the REIT’s latest quarterly financial report, 13 lawsuits have been filed against the company alleging breach of fiduciary duty and other accusations.

The proposed buyout by the Goldman Sachs affiliates, announced in September and reported by GlobeSt.com, has been approved by the company’s board of directors. The transaction would take National private in early 2003, paying National Golf shareholders and common unit holders $12 per share or per unit. National says Roland Smith, president and CEO of AMF Bowling Worldwide, has agreed to become CEO of both National and American Golf after the buyout is completed.

National Golf issued the announcement regarding the court decision on Saturday, Dec. 14. The company’s stock closed at $11.62 on Friday, up a penny for the day but below its 52-week high of $12.43, achieved in July. 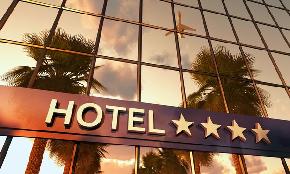