DENVER-Cohen Capital Corp. and Jim Frank pay $137 per sf for the center at Interstate 25 and Broadway, south of the 260,000-sf the Collection retail center and 235,000-sf Design Center, which they already own.

DENVER-Cohen Capital Corp. and local investor Jim Frank have paid $52.9 million for the 387,000-sf Broadway Marketplace just north of Interstate 25 and Broadway. With this purchase, Cohen Capital and Frank own 54 acres of office and retail at that intersection.

They bought the Marketplace from Carlsbad, CA-based GMS Realty LLC, which bought it about two years ago for about $43 million. The center is anchored by Sam’s Club, Kmart, Albertsons and Office Max. It also is next to the former Gates Rubber plant that is on tap to be redeveloped into a $1.5-billion transit-oriented development with retail, offices, housing, entertainment and a hotel.

“It made sense to bring this final parcel into our portfolio and have common ownership over this important emerging area,” says Warren Cohen, president of his namesake company. “It’s a positive move for the property and we believe for Denver to have this under local ownership.”

“This is a very significant move in the local real estate investment market,” says Steve Suechting of Trammell Crow Co., who represented the GMS Realty Corp. in the transaction, along with Pat McHenry, also of Trammell Crow. Suechting says Cohen and Frank outbid more than 15 other bidders. Typically, an institutional buyer would have bought a property such as this one, but he says it made the most sense for Cohen and Frank because of their other holdings.

“Cohen and Frank are now among the largest holders of property in the metro area, with 54 contiguous acres located at a prime transportation corridor for FasTracks,” the $4.7-billion transportation initiative recently passed by voters, Suechting says. “The Broadway Marketplace has always been a strong performer, and with critical mass controlled by a single investor it holds the promise of becoming even stronger and more profitable in the years to come.”

The owners haven’t announced future plans, but there are opportunities for mixed-use possibilities, given the demand for transit-oriented development, Suechting notes. An estimated 44,000 cars daily pass the site on Broadway and 35,000 cars pass it each day on the West Alameda side. The average household income within a one-mile radius is $67,776, while is it $70,176 within five miles. 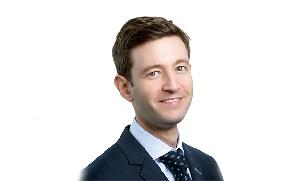