SCOTTSDALE, AZ-The Kahala Corp. is looking to open 1,000 new restaurants in both the usual and some unusual places in the next three years, and to that end has tapped North L.A. office of Lee & Associates to find US locations for the new restaurants. Kahala, which operates and franchises a growing group of seven restaurant formats including Great Steak & Potato, Taco Time and others, already works directly with mall developers such as Simon Property Group, Westfield, Macerich and General Growth Properties.

But as Lee broker Duncan Lemmon explains, Scottsdale-based Kahala also is looking for a host of other types of locations for its restaurants, including some new types of venues that it hasn’t entered previously. The North L.A. office in Sherman Oaks will work with Lee’s 23 offices nationwide, explains Lemmon, who is a Lee retail specialist and a 20-year industry vet.

“We have been named to cover all the ground that isn’t in malls: neighborhood centers and other types of retail developments, mixed-use developments, office buildings and other locations exclusive of malls, hospitals and airports,” Lemmon says. Along with the many traditional types of locations, Kahala will be looking “creative solutions and opportunities for concept locations,” he adds, explaining that the phrase “means that we are open to put concepts into locations where the demand is there but the location is different from any of the traditional locations that we’ve identified. We don’t have any specific examples at this time, which is why we’re leaving it open and calling it creative solutions. We are trying to think beyond what has already been done.”

Kahala already operates about 1,000 stores generating $450 million in annual sales in a variety of formats in restaurants that range from about 700 sf to 3,000 sf, sometimes as a single Kahala restaurant and sometimes as a co-branded location including two or more of the Kahala concepts. Kevin Blackwell, the company’s chairman and CEO, says its goal is to open more than 1,000 new restaurants in the next three years “in high-profile markets on a national basis.”

Besides its Great Steak & Potato and Taco Time chains, the Kahala concepts include Samurai Sam’s Teriyaki Grills, Ranch 1, Frullati Café and Bakery, Rollerz and Surf City Squeeze. The company, which got its start in September 1997, operates and franchises throughout the US and internationally. It has grown partly through adding locations to existing formats and partly through the acquisitions of other chains, like its purchase this year of Great Steak & Potato and its acquisition of the Taco Time and Samurai Sams chains in 2003. 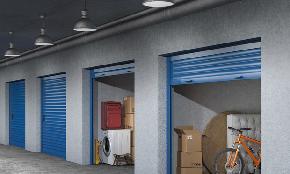