HIGHLAND PARK, NJ-Saying it is a "natural progression" for the firm, Jason Kaplan will become the fourth family member to serve as president of Kaplan Cos. His promotion takes effect Jan. 1.

HIGHLAND PARK, NJ-Jason Kaplan takes over the presidency of Kaplan Cos. from his uncle, Morris, starting Jan. 1. Jason Kaplan, who has served as a vice president for a number of years, is the fourth family member to become president of the 52-year-old firm. Morris Kaplan will continue to serve as national director of business development.

“I have huge shoes to fill, as my father, uncle and grandfather have made Kaplan a nationally recognized company,” says Jason Kaplan. Michael Kaplan, who is Jason Kaplan’s father and chairman of the company, says it was a “natural progression” for his son to be named president.

“Jason will realign the company in a way that will best compete with the major players in the real estate industry,” notes Michael Kaplan. “He will direct Kaplan Cos. to expand throughout greater New Jersey, New York and beyond.”

The company recently received approval from Bayonne’s planning board to move ahead with a 145-unit residential condominium project, Waterford at Bayonne, in the city’s Bergen Point section. Construction is slated to start in the middle of next year. The commercial properties division of the firm has begun the planning stages for a project to convert a 166,000-sf industrial building at Route 1 and Black Horse Lane in South Brunswick into an Ashley Furniture HomeStore.

In September, the Carteret planning board gave preliminary site plan approval and final first phase approval for a $50-million redevelopment project that will rise on 8.5 acres in the city’s Chrome section. The overall project, at build-out, will consist of a total of 386 residential units, as well as 43,000 sf of commercial space, mostly retail at the ground-floor level. Kaplan also received preliminary site plan approval, as well as final approval for the first phase of Federal Hill, a $38-million, 300-unit multifamily project in Perth Amboy. 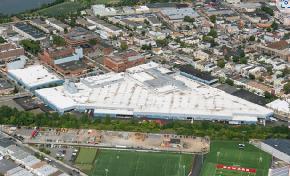