Cracker Barrel’s parent company, CBRL Group Inc., posted an increase in same stores sales of 7.3% inDecember compared to the same period last year, following an increase of 3.8% in November 2004 and2.3% in October 2004.

Earlier this month, analyst Bryan Elliott of Raymond James upgraded CBRL Group Inc. from “outperform” to “strong buy,” and raised his estimates for the company. The target price has been raised to $48.50.In a research note, he says that CBRL Group will witness robust margin expansion in the near term partly due to a decline in food costs. The earning per share estimates for fiscal year 2005 and fiscal year2006 have been raised from $2.57 to $2.59 and from $2.90 to $3, respectively.

CBRL Group, which also owns Logan’s Roadhouse restaurants, says that restaurant sales were affected favorably in December by the shift in timing of the Christmas holiday from fiscal December last year to fiscal January this year. The company estimated that comparable store restaurant sales were increased by approximately 2.5% to 3.5% at Cracker Barrel and Logan’s as a result of this shift.

This year has been a transition year for CBRL Group, which saw chairman and the founder of Cracker BarrelDan Evins retire, as well as president Don Turner after 24 years with the Lebanon, TN-based company.Evins founded the Cracker Barrel concept in 1969 and served as chairman since 1970. He was president of Cracker Barrel for 27 years, and CEO until July 2001 when Michael Woodhouse was elected to that position. Woodhouse has been named chairman & CEO, and Cyril Taylor will take on Turner role as of January 1, 2005. 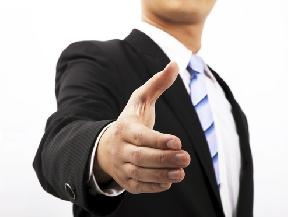