From our perspective, there's a better basis to pursue office in 2005.

The road ahead is clear and open, according to E. Davisson Hardman. He ought to know. As managing director and head of Morgan Stanley’s US real estate investing operation, Hardman oversees the firm’s core, value-added, opportunistic and mezz-debt business and a US investment portfolio that exceeds $11 billion. In the face of naysayers who predict rough riding ahead, given the wild and woolly nature of underwriting and the flood of capital chasing high-ticket deals, Hardman sees little reason for worry. In a recent exclusive interview, he explained why:

GlobeSt.com: Market-watchers have declared this the day of the private investor. Do you expect the influx of private capital to continue in 2005?

Hardman: There’s been a substantial amount of capital from all sources through the course of 2004–private; public; institutional; and high-net-worth individuals, both foreign and domestic. Our best guess right now is that this will continue. It’s driven primarily by the lack of alternatives in other investment classes and the relatively strong performance that real estate has provided, not only from a high cash-distribution standpoint but due also to the lower volatility of these past several years.

GlobeSt.com: So there’s no more of an expectation for one investor type over any other?

Hardman: Private investors have found their way into the market in a number of ways. REITs, for example. The amount of money going into the private REIT sector has grown rapidly, although I think it’s reached a plateau. In fact, from what I understand, there’s been some slight declines in certain instances. But I honestly don’t see any single source of capital as the cutting-edge pricing party in deals. It’s a rotation. From time to time, the private REITs have been the emphasis, sometimes it’s been the institutions and sometimes it’s been foreign capital. No one investor class dominates deal flow or wins bids on a consistent basis.

GlobeSt.com: To stay with the privates for just a bit longer, do you see a lot of that capital going away when the stock market fully rebounds?

Hardman: I’m not sure the stock market has a lot farther to go.

GlobeSt.com: There’s a lot of capital getting placed just to place capital, the implication being that they might not be the smartest long-term deals. Do you agree?

Hardman: There is some justified wariness. A combination of pricing pressure on capital and rising interest rates will have some impact on delinquencies on the debt side. It won’t be as severe as we’ve seen at certain points over the past 20 years. While interest rates are rising, the delinquency rate is low and fundamentals are improving. We’ll see some moderate increases in defaults but not to a crisis level.

GlobeSt.com: Are you getting squeezed out of many of the deals you go after?

Hardman: That gets back to my earlier comment. For a couple of months, Wells dominated, then foreign investors, then pension funds, then REITs. There’s a rotation among investor types as everyone tries to achieve a pricing level that’s appropriate given their investment strategies.

GlobeSt.com: So the pendulum swings one way and it should swing back.

Hardman: I don’t see wild swings. It’s a matter of investors picking their spots and finding an investment that truly meets their strategy and carefully underwriting. I see an increasing level of discernment among investors, and when they find something they want, they pursue it to win it.

GlobeSt.com: How does your strategy shape up for ’05?

Hardman: We’re looking at the office sector. Office returns over the long term aren’t materially different than those for other property types, but they have greater volatility. On a tactical basis, that means you have to be careful in the timing of your office investments.

Hardman: From our perspective, there’s a better basis to pursue office in 2005. We don’t see recovery fully until 2006, but for the right lease structure–one that’s not overburdened with above-market rents–there are recovery plays in office. The other strategic point for 2005 is multifamily, which has underperformed in some respects. The combination of long-term demographics, the reduced supply, the decline of affordability in single-family homes and employment gains all set the stage for a long-term perspective on the multifamily market. Having said that, from a capital-markets perspective, we have to be aware of the level of cap rates in the multifamily sector and the relatively lower spread that exists there.

Hardman: We have a positive view for 2005. Real estate serves our various investor clients very well in the overall scheme of asset allocation. But as you said earlier, the competitive pressures make it all the more important to be diligent in our underwriting and selective not only in the property types we choose to invest in but also the specific properties. It should be a good year for us. Morgan Stanley has a unique proposition for our clients, given our global scale and our deep franchise penetration–not only on the investment side of the business but also on our lending and investment-banking side. Those relationships are additive to our ability to source deals and provide performance for our investment clients. 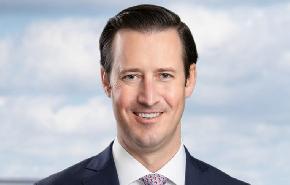 Pay It Forward: “Hold on Tight; Enjoy the Ride”

"You do have to be passionate about the industry, know the current market trends and be able to talk shop," says George Craft Jr., managing shareholder of Winstead.