HARRISON, NY-RPW Group of White Plains closes on its purchase of the 440 Mamaroneck Ave. building here for $33.25 million. Last month, GlobeSt.com first reported that the firm had a pending deal on the property.

HARRISON, NY-The White Plains-based RPW Group has closed on the purchase of 440 Mamaroneck Ave. here for $33.25 million or about $150 per sf. GlobeSt.com first reported that RPW Group had a pending deal on the property last month.

An affiliate of RPW, 440 Mamaroneck Ave. LLC, acquired the property from an unidentified buyer. Sonnenblick-Goldman LLC’s New York City office represented the seller. The five-story office, which totals 220,000 sf, is net leased to the Bank of New York. The bank has occupied the property since the building was completed in 1979.

Despite a relatively short remaining term on the tenant’s lease, the property’s location resulted interest from both local and national investors, according to Steve Kohn, president of Sonnenblick-Goldman, a real estate investment banking firm. The building located on almost 20 acres, is one mile south of the Hutchinson River Parkway and one mile north of I-95.

Weisz says that he has not begun discussions with the Bank of New York on its future space requirements at the building. The bank’s lease expires in September 2007. Reports have circulated in the local brokerage community that the Bank of New York may wish to relocate its operations out of 440 Mamaroneck Ave. or reduce the amount of space it leases at the property.

Final Days to Nominate for CRE’s Best Places to Work

Nominate your company as one of the industry’s top workplaces for GlobeSt. Real Estate Forum’s next recognition! The submission deadline is December 9. 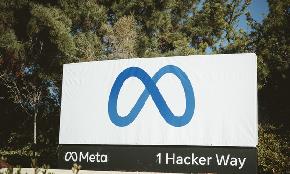