DALLAS-Marking his 12th year with the firm, A. Ray Utley trades in an executive vice president's title for president. The 33-year professional, a one-time SMU football coach, says it's business as usual despite the promotion. 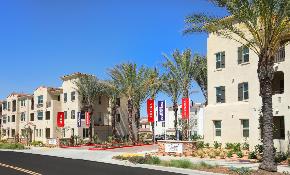 Menifee has been named one of the top boomtowns in America just as MBK Rental Living delivers Artesa at Menifee Town Center, a new apartment complex.

The bill itself does not provide guidance on how landlords should renegotiate lease terms.