JACKSONVILLE, FL-Regency Centers Corp. closes on the second phase of a $564-million fund expected to have a total capitalization of approximately $1.2 billion when fully invested.

During the first phase, $332 million was raised and, during the second phase $232 million was raised. At the closing of the second phase, phase one and two of the 184,000-sf Vista Village in Vista, CA were contributed into the open-end, infinite life fund at a purchase price of $61 million. Vista Village is 100% leased with Krikorian Theaters, Staples, Sprouts Market and Linens ‘N Things as anchor tenants.

At the closing of the first phase, two properties were contributed to the fund at a combined acquisition price of $72.6 million and a weighted average cap rate of 6.36%. The properties were Falcon Ridge Town Center phase one, a 370,000-sf center anchored by Target and Slater Bros. in Riverside-San Bernardino, CA, and Indian Springs Market Center, a 349,000-sf center anchored by Wal-Mart Supercenter in Cincinnati. Both centers are 100% leased.

The fund, called Regency Retail Partners, LLC, is expected to have a total capitalization of approximately $1.4 billion when fully invested with approximately 60% leverage. Regency, which contributed $113 million, owns 20% of the fund. Regency anticipates that the fund will provide enough capital for the company to fund its community shopping center development program over the next three years.

The fund will have the exclusive right to acquire Regency-developed large format community centers upon stabilization that meet the fund’s investment criteria. Regency will act as the general partner of the fund and will receive asset management, property management and leasing fees consistent with its other institutional partnerships and will also have the potential for incentive performance participation. 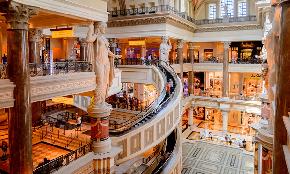