Bombardier's Aerospace Facility Up for Grabs

TUCSON-After sitting empty since 2005, one of the nation's largest aerospace maintenance facilities, on ground-leased land, is up for sale or lease.

TUCSON-Bombardier has put its vacant 255,000-sf Dunnair Tucson Aerospace Maintenance Facility on the market in a “for sale” or “lease” scenario. The asset is being touted as one of the largest of its type now on the market.

Bombardier vacated the building at 1555 Aero Park Blvd. in 2005, diverting operations to Canada and Wichita, KS. According to a press release, the building, situated at the Tucson International Airport, had been occupied through a third-party lease that was terminated in the past year. With that done, the Building 3 Complex is up for sale at $15.9 million or for lease at 73 cents per sf, triple net.

Bombardier isn’t pulling out of Tucson, stresses Tony Lydon, senior vice president with Phoenix-based Grubb & Ellis/BRE Commercial LLC. “The company has operations contiguous to the subject property at the airport,” he says. He and Grubb & Ellis/BRE senior associate Garrett Schoenberger are teaming with Gary Emerson, director for Bourn Partners LLC in Tucson, to market the facility.

Lydon acknowledges that an aerospace maintenance facility isn’t an ordinary, run-of-the-mill industrial asset and marketing it provides some challenges. “It’s a special-use property with a relatively narrow target market,” he says.

Although the facility is what Lydon calls “rent-ready and immaculate,” it sits on 33 acres of ground-leased land owned by the Tucson Airport Authority. Lydon says there are 25 years left on the land lease, but it can be extended.

The building’s price per sf is about $62. “Production costs for a facility of this nature would be well over $100 per sf,” Lydon tells GlobeSt.com. He says the marketing effort will be global because the target market for the facility is narrow. “North America, South America, Canada and the Pacific Rim are our target markets,” he adds.

Lydon says the facility, which also has 19,000 sf of office space, is clearly geared for any aerospace tenant, including military or commercial. It’s also prime material for a tenant who wants to take advantage of low operating costs in Arizona.

Although the marketing efforts have just begun, Lydon says the team has received half dozen inquiries. Facility tours are starting. “Based on the interest, the chances are good that we’ll identify three or four users between now and the end of summer that have a sustained interest in the property,” he adds. 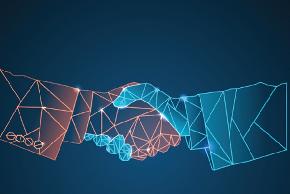