CHICAGO-A joint venture of Rreef, a subsidiary of Deutsche Bank’s Asset Management division, and Mid-America Real Estate Group have purchased the last seven retail sites owned by the family of Dominick DiMatteo Sr., who started the Dominick’s Food Store chain in 1925 in the Chicago area. The sites, spread out through the city and suburbs, were purchased for a total of about $75 million, at a cap rate of about 6.2%, based on net operating income of about $4.7 million.

Altogether, the properties total more than 423,000 sf. George Good, EVP with CB Richard Ellis, represented both parties. “I think the five siblings of the family felt it was time to get the house in order,” Good tells GlobeSt.com. The junior DiMatteo expanded the Dominick’s grocery chain until it was sold to Los Angeles-based Yucaipa Cos. in 1995. Safeway purchased the firm in 1999, and the company has 81 stores. Good says the family had stayed on as landlord for some of these recently-sold properties because of sentimental value, or because they had been the developer on the site as well. 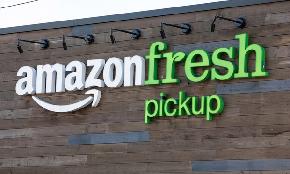 In December, the online retailer did away with Amazon Fresh’s monthly service fee and introduced new delivery window options for Prime members.