The center consists of a two-story building with an atrium lobby, three one-story flex buildings and on-site recreation and picnic areas. The buildings were constructed between 1984 and 1988. The property was 83% leased at the time of the sale. The company plans to initiate a multimillion-dollar capital improvement program that will include replacing the roofs and improvements to the HVAC system.

BPG vice president George Haines tells GlobeSt.com that the property’s location made it attractive for acquisition. “We found this property to be a nice addition to what we already own in the area,” he says. “These are brick buildings instead of tilt-up concrete so it offers something that’s a bit more upscale.”

According to the 2000 census, Raleigh-Durham is the sixth fastest growing metropolitan area in the US. Employers in the area include IBM, Nortel, Cisco, GlaxoSmithKline, Sony Ericsson and BASF.

Mixed Use Developments Will Depend on More Technology 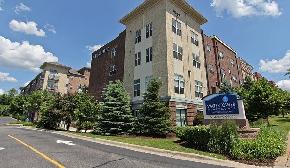