NEW YORK CITY-The publisher seeks the chance to secure space on the West Side in connection with a proposal by the Durst Organization and Vornado Realty Trust.

NEW YORK CITY-Employees at magazine publisher Conde Nast Publications received a notice late Friday afternoon that the company is currently seeking the opportunity to secure space at Hudson Yards. The company moved into it’s current 1.6-million-sf headquarters at 4 Times Square in the summer of 1999 and according to the notice, it has occupied all of its available space and has acquired additional square footage in many locations in the vicinity.

“With this in mind, we have agreed to consider constructing a new office tower in connection with a proposal by the Durst Organization and Vornado Realty Trust to develop the West Side Rail Yard, also known as the Hudson Yards” the company notes in the memo obtained by GlobeSt.com. The company currently occupies the 48-story Midtown tower, owned by the Durst Organization.The winning developer or developers would be able to build commercial skyscrapers as tall as 70 stories, more than 4,600 apartments and a cultural center, and retain 12 acres of open space. It’s no wonder Conde Nast believes that the Hudson Yards Project “represents the most ambitious and exciting Manhattan real estate development initiative in recent years.” The response to the Request for Proposal is expected to be submitted by Durst/Vornado and other interested parties in the coming weeks with the winning proposal selected in the first quarter of 2008.

“While it is likely that the development of the Hudson Yards will not be completed for almost a decade,” the company explains in the notice, “our participation would provide Conde Nast with the opportunity to secure prime space in this exciting development.” Calls to Conde Nast were not returned by deadline. A Vornado spokesperson tells GlobeSt.com that they have no comment as of yet. Calls to the Durst Organization were not returned due to the Columbus Day holiday, however a follow-up call will be made.

NYC Office Recovery Will be Subdued, Below Average: Fitch Ratings

In 2019, Castro’s leadership helped surpass the Downtown Manhattan market’s revenue goal by over 60%. 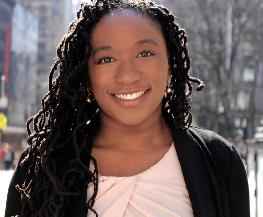 Pay It Forward: "Never Shy Away From Unorthodox Ideas – Those Are The Ones That Tend To Leave A Lasting Impression," Says Shannon Ford of Northspyre

"Don’t let someone silence or dismiss you and your ideas just because of a lack of experience or seniority."