Inland American Real Estate Trust Inc. is buying a second portfolio of properties from SunTrust Banks Inc., the REIT disclosed in a recent filing with the Securities and Exchange Commission.

Oak Brook, IL—Locally based Inland American Real Estate Trust Inc. is buying a second nine-digit valued portfolio of properties from SunTrust Banks Inc., the REIT disclosed in a recent filing with the Securities and Exchange Commission. The filing notes that the REIT “has exercised its right of first refusal to acquire” both portfolios.

The second portfolio, with a purchase price of approximately $357.3 million, involves fee simple interests in 216 single-tenant retail banking properties that total more than 1.13 million sf. Located in seven states and the District of Columbia, the properties are slated to be purchased in two phases, with one closing scheduled for December and a second next March.

This follows on the heels of an agreement for Inland American, as previously reported by NET LEASE forum, to purchase another portfolio–with more than 200 single-tenant retail banking facilities as well as eight office buildings–from Atlanta-based SunTrust for $374.9 million. The retail properties in both portfolios will be net-leased back to SunTrust for 10-year terms, plus one 10-year renewal option and then six five-year renewal options. Both purchases are being handled on behalf of the REIT by affiliate Inland Real Estate Acquisitions Inc., which is headed by president Joe Cosenza. In June, SunTrust announced its intention to dispose of approximately 475 Southeast and mid-Atlantic properties via sale-leasebacks. 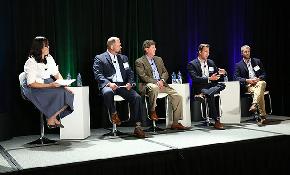 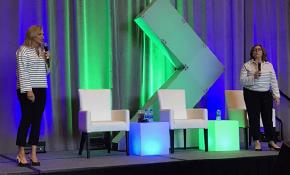 Panelists at the Apartmentalize Conference here in Chicago say that reviews demonstrate how a community handled – and is handling – pandemic situation and can lead to a win over prospects. 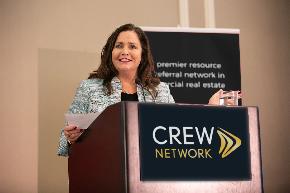 Real estate leaders and companies must adapt to remain relevant in the future.