EL SEGUNDO, CA-Two California real estate projects have landed $7 million in financing from a new SBA loan program that doubles the allowable loan limit for borrowers who reduce energy consumption, according to locally based Partner Energy, which acted as an adviser to the borrowers. Tony Liou, president of Partner Energy, explains that the SBA has amended its 504 loan program so that borrowers who reduce energy consumption by at least 10% or generate renewable energy may qualify for an SBA loan of up to $4 million, double the current maximum allowable amount.

“Borrowers can now consider project sizes up to $10 million whereas in the past, project sizes were limited to $5 million,” Liou says. In both of the recently closed loans, the borrowers received significantly higher loan amounts as compared to the limits imposed for loans without an energy efficiency or renewable energy component, he adds.

In one of the two recent loans, Golden Fremont Inc., a specialty Asian grocery store chain based in the Northern California city of Fremont, received approximately $4 million under the SBA 504 energy efficiency loan program to build a new $9 million food market in Fremont. Golden Fremont received the financing after Partner Energy created an energy model to predict the new food market’s potential energy consumption. The new 30,600-square-foot store, which will be designed following California’s strict Title 24 energy efficiency requirements, was projected to utilize at least 10% less energy on a per-square-foot basis than a recently renovated food market currently occupied by the borrower.

The other Partner Energy client, Blaine Convention Services, obtained approximately $3 million under the new SBA energy efficiency loan program for the acquisition of a former metal plating factory in the Orange County city of Brea in a transaction valued at approximately $8 million. The 107,000-square-foot building will be used as a new headquarters and warehouse for Blaine. Partner demonstrated to the SBA that with existing energy saving features along and some modifications, the new building is projected to be at least 10% more efficient than the space currently occupied by BCS. 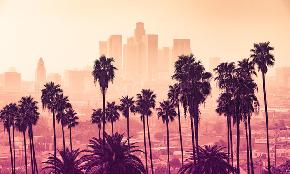 The company will build an Arts District studio with 17 soundstages and 400K SF of office space.