While our economist friends thought hiring activity would be much more vigorous than it was, they also predicted no way the unemployment rate would go down in the anticipated numbers—wrong again.

The New York Times highlighted a sobering number on Sunday—at the rate of current job growth—about 200,000 per month—it will take 10 years for the US to recover its job losses from the 2008-2009 recession and at the same time keep up with growth in the labor force. Then keep in mind the country never did fully recover jobs lost from the 2001 recession. That means it would take two decades for our “vaunted” economy to catch up at the current pace unless the jobs engine ignites suddenly and at the same time manages to avoid another downturn (highly unlikely)… On the not so encouraging front JC Penney (retailing) and Yahoo (technology) announced layoffs last week while the Labor Department jobs numbers (at 120,000 new hires) for March were below economist expectations—they almost never get it right (February was a recent exception) and were way off this time. It all suggests a long haul to make those catch up numbers… While our economist friends (most of whom work for financial institutions who don’t want to highlight any bad news that could impact their companies’ profits) thought hiring activity would be much more vigorous than it was, they also predicted no way the unemployment rate would go down in the anticipated numbers—wrong again. The rate dropped a very modest tenth of a percent (because fewer people entered the labor force). It’s like why do we pay any attention to their their forecasts?

Urban Apartments Are An Opportunistic Play for One Investor

As groups will start to exit the city, Morgan Properties sees an opportunity. 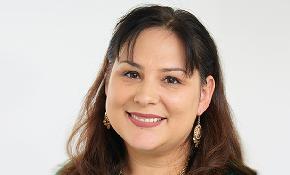