FT. WAYNE, IN—Many downtowns throughout the Midwest have started to undergo startling transformations, and Ash Brokerage, the largest independently-owned insurance brokerage agency in the nation, has just launched a $98 million mixed-use project that promises to do the same for Ft. Wayne. The firm will build an eight-story, 95,000-square-foot, $29 million headquarters building in the city’s downtown by 2018. Ash will move its 200 employees to the new building and add another 115.

Also as part of the project, Hanning & Bean Enterprises will develop a $30 million, 17-story residential tower of 100 townhomes, apartments and condos. Both projects will sit on top of a city-owned 1,200-space parking garage, which will have retail at street-level. 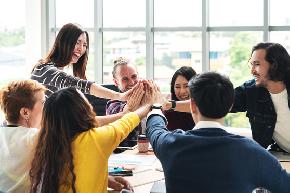