CHICAGO—This will be the I-55 Corridor's best year for new construction since 2008.

CHICAGO—Principle Construction Corp. has started construction on a new speculative warehouse at 900 Windham Parkway in suburban Bolingbrook. Although the developers did recently land Berlin Packaging, a hybrid-packaging supplier, as a tenant for a portion of the 237,000-square-foot building, the project has also had to deal with this year’s poor weather conditions.

“Mother Nature sure has thrown a long string of curve balls at us on this project,” said Mark Augustyn, chief operating officer of Bannockburn, IL-based Principle, in a prepared statement. He could not be reached by press time, but GlobeSt.com will provide a future update. “Polar Vortexes, frozen ground into April, snow in May, along with record rains in May and June. Still, thanks to the dedicated effort of everyone involved in the project, we’ve managed to hit each curve and keep Berlin on schedule to occupy their space on time.” 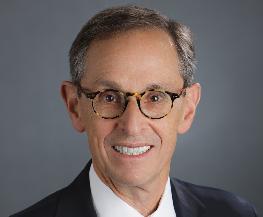 Ending productivity paranoia, embracing the physical office as a collaboration tool, and "re-recruiting" employees will be key for hybrid work.