WASHINGTON, DC—The company plans to use drones in most of its projects going forward, especially when there are multiple properties to evaluate, Ben Miller tells GlobeSt.com's Erika Morphy.

WASHINGTON, DC—In a way it seems obvious that it would be a crowdfunding company that would be among the first to incorporate the use of drones in its financial due diligence: A company based on a relatively new tech-based business model adopting tapping into a newer form of technology to further its mission. The storyline almost writes itself.

But as Ben Miller, co-founder of Fundrise tells it, his interest in drones came about because a friend, who had established his own company offering drones as a service, wanted to see if they could innovate in the real estate space. Miller agreed to a trial run — and was astounded by the result. 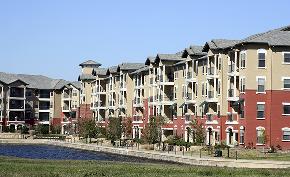 Recent guide updates and revisions to "mission-driven" standards will affect Fannie Mae and Freddie Mac multifamily lenders and borrowers in 2023.