Middle Market Digest: This Week in the Northeast 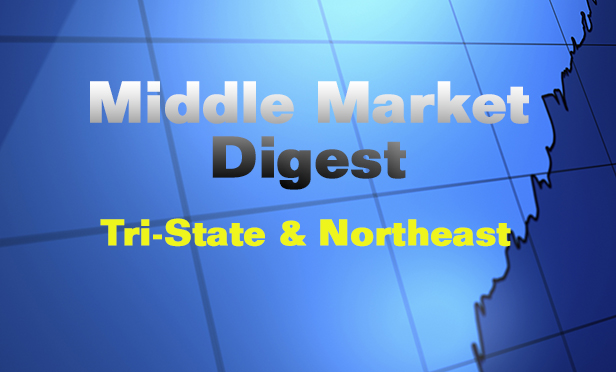 The lease is a new commitment for space Animoto has occupied for the past five years. Animoto expects to house up to 100 employees at the building by the end of next year.

John Barnes, SL Green SVP and managing director of its suburban division, says the Summit is now home to four Fortune 500 companies and is currently 93% leased.

Ascensia will occupy space on the top two floors of 100 Summit when it moves into the building in the fourth quarter of 2017. Exelon is expected to move to the property in July 2017 and has committed to space on the first floor of 500 Summit.

Steve Rotter and Conor Gill of JLL acted on behalf of Ascensia. Exelon did not have tenant representation. Reckson was represented in-house on both transactions. CBRE’s Brian Carcaterra and Jacqueline Novotny represented SL Green.

NEW YORK CITY—RFR has announced a 3,915-square-foot retail lease with TD Bank at 90 Fifth Ave., a newly repositioned, 140,000-square-foot office building located in the heart of the Midtown South submarket.

Jordan S. Claffey, EVP, RFR Retail handled the negotiations directly with the tenant. Earlier this year, technology-driven real estate company Compass expanded to fully occupy the office space at 90 Fifth Avenue. Compass leased two additional floors, expanding its footprint by 25,000 square feet, and will now occupy 115,000 square feet on floors 3 through 11. The firm has more than quadrupled its presence at 90 Fifth Ave. since signing its initial lease in the summer of 2014.

NEW YORK CITY—NKF Retail reports the completion of a lease for 21,000 square feet of retail space with Union Fare at the base of a mixed-use development located at 282 11th Ave. at the corner of 28th Street in West Chelsea. Union Fare has leased the space with plans to develop a unique multi-concept program that will offer a mix of food and beverage, along with a lounge; a bakery; and a gallery. NKF Retail’s executive managing director Ross Kaplan represented both the tenant and the landlord, AvalonBay Communities Inc., in the transaction.

NEW YORK CITY—Brokerage firm Avison Young has announced that Giaronomo Productions, a movie advertising and trailer production company, has signed a new long-term, 7,620-square-foot lease at 1501 Broadway. The Paramount Building is an iconic, 33-story office property located between 43rd and 44th streets in the heart of the Theater District and Times Square.

RUTHERFORD, NJ—Newmark Grubb Knight Frank has won the United Way Commercial Real Estate Network 2017 Impact Award for its work on Allergan’s headquarters relocation in the summer of 2016 to 431,495 square feet of space at 5 Giralda Farms in Madison, NJ. Each year, the network selects one team within the commercial real estate industry for the Impact Award, recognizing work on a development project, sale, lease, or other real estate transaction that is considered to have had the most positive impact in the region. NGKF was also nominated for its transactions at 56 Livingston Ave. in Roseland, as well as Daiichi Sankyo’s new United States headquarters in Basking Ridge. The winner was announced at the network’s Legacy Luncheon on May 19th.

Jim Whelan, EVP of the Real Estate Board of New York, serves on the JDRF New York City Chapter’s Board of Directors. His teenage son Jack was diagnosed with T1D four years ago. Whelan and others organized the first local fundraising games in 2016, which raised more than $80,000 for T1D research. The JDRF Real Estate Games originated in the Washington, DC area 26 years ago.

For more than five years, The Goldenberg Group and its People Helping People Foundation have volunteered with Stenton Family Manor, the largest family shelter in the City of Philadelphia and one of the only facilities that doesn’t separate families based on the genders of parents and children. During a major renovation of the shelter’s computer lab, library, bedrooms, preschool classroom and outside landscaping in 2015, the Goldenberg Group recognized a basic need: residents had no place to store their belongings as they worked to piece their lives back together.

NEWTOWN, MA—MassHousing has provided $9 million in financing to the nonprofit Newton Community Development Foundation for the renovation and preservation of 30 affordable housing units at NCDF’s Houghton Village community. The MassHousing financing package will enable major renovations at the 50-unit townhouse development and resolve expiring affordability challenges at the property by extending affordability on site and creating 10 new workforce housing units.

MassHousing provided NCDF with a $7.4 million construction and permanent loan and $1.3 million from the agency’s Opportunity Fund, which provides financing for MassHousing’s Workforce Housing Initiative and 13A Preservation Initiative.

Montique International, a designer and manufacturer of high-end menswear based in Brooklyn, had been searching for a new location that offered them flexibility and ease of access to distribution networks to reach its customers. No financial terms of the transaction were released.

“We have seen a large number of businesses relocate from Brooklyn to locations on the west side of the Hudson River,” says Perkins. “Newark is a highly attractive location as it offers great accessibility with highly competitive property prices making it a good time for our client to sell the property and bring a new, growing business to Newark. Through our negotiations we were able to facilitate a lease-back to the existing tenant to enable the relocation of the current tenant and the new owner.”

METUCHEN, NJ—The Goldstein Group reports it has arranged the sale of 319-335 Lake Ave. in Metuchen, NJ.

The property consists of a 7,000-square-foot freestanding building occupied by DaVita Dialysis and a 7,125-square-foot strip center on 1.27 acres of land.

Neil Goldstein, principal of The Goldstein Group, brokered the transaction on behalf of the purchaser, Suburban Square LLC and seller, MacPherson Realty, LLC. No financial terms of the deal were released.

SOMERSET, NJ—Colliers International Group Inc. has been named exclusive marketing agent for Tower 270, a 229,000-square-foot, eight-story office property in Somerset, NJ. A team led by Richard Mirliss, Michael Tesser, Alexander Vitro and Ryan Haggerty is bringing the property to market as an owner/occupier purchase opportunity, with 83,000 square feet of space also available for lease to a single user or multiple tenants.

EAST BRUNSWICK, NJ—CBRE Group Inc. has announced that it has been named the exclusive leasing and marketing agent for an eight-property office portfolio, with buildings located in Cranford and Clark, NJ.

NEW YORK CITY—Cushman & Wakefield has won exclusive designation to market the last remaining developable parcel of land along the waterfront in Bayside, Queens. The marketing team has set an asking price of $12 million.

Located on Little Neck Bay, 23-50 Water’s Edge Drive is an empty lot measuring 44,255 square feet, equal to about one acre . The purchaser will gain the right to develop 72,140 buildable square feet for community facility use. Among qualifying usage categories are medical facilities, schools, senior care facilities, houses of worship, day care centers and other potential uses. 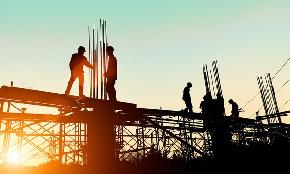 Defending Against the Strict Liability of New York’s 'Scaffold Law'

This article highlights two recent appellate cases where the injured plaintiffs were denied summary judgment for liability against the defendants as a direct result of their own conduct.