Residential Development Investment on the Rise in the Bronx

The report notes that while several new large public works projects have came on line this year, the residential housing sector in the borough has accounted for more than 50% of the construction starts in the first nine months of this year. 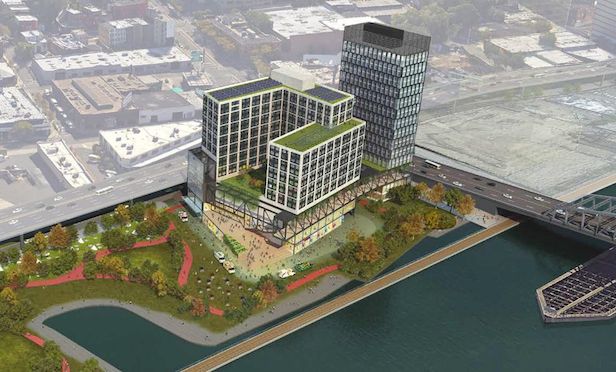 In the development pipeline is the proposed Bronx Point project in the South Bronx, which at full build-out will include up to 1,045 housing units and a hip-hop museum.

NEW YORK CITY—Buoyed by a strong residential development market, new construction starts in the Bronx are expected to top $2 billion this year, according to a report released today by the New York Building Congress.