"President Ford may have metaphorically told New York to drop dead in 1975—but this federal government is the most hostile and aggressive toward New York in history.”—Gov. Andrew Cuomo 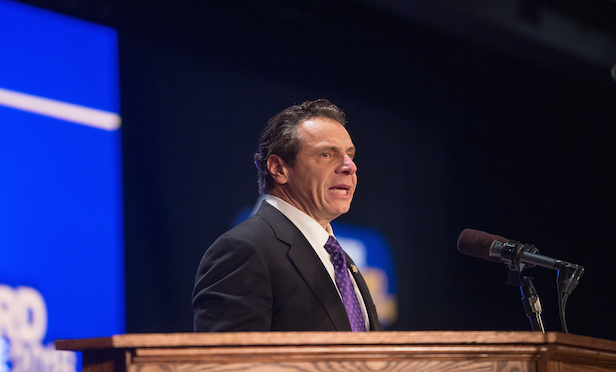 Gov. Andrew Cuomo delivered his “State of the State” address in Albany on Wednesday.

ALBANY—In response to what he says is an “arrow aimed at New York’s economic heart,” Gov. Andrew Cuomo in his annual “State of the State Address” promised New York State will file suit against the federal tax reform law and will also study the feasibility of restructuring the state’s income tax revenue system.