Who is Responsible for Hazardous Material Cleanup?

While new law may be made in the course of sorting out responsibility for addressing the aftermath of Hurricanes Harvey and Irma, parties should shore up their plans for contending with future natural disasters or other natural phenomena, say experts from Manatt Phelps & Phillips in this EXCLUSIVE commentary.

Hurricane Harvey greatly impacted Houston and other areas of the Gulf Coast, with Hurricane Irma following close behind in the Caribbean, Florida and the Southeast. The widespread impact of the wind and flooding from these severe weather events will undoubtedly include conditions caused by chemical and petroleum releases. As with other effects of these storms, the lasting consequences of such hazardous material releases are yet to be fully apprehended. Those thoughts are according to Peter Duchesneau, an environmental litigation partner at Manatt, Phelps & Phillips LLP and Michael C. Polentz, co-chair of the real estate and land use practice Group.

According to the team, “given the potential for the hurricanes to have caused or exacerbated property contamination, two seldom-invoked, biblical-sounding cleanup liability limitations may come into play: the act of God and the Good Samaritan defenses.” And although both liability limitations seem custom-made for these events, the team says that “given the widespread flooding befitting Noah’s Ark, experience has shown that neither will likely have broad application in the wake of these colossal storms.”

But in an historical perspective, is that really something to worry about? 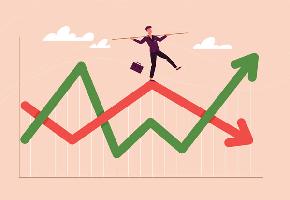