CBRE has secured $152 million for the acquisition of One Dulles Tower via a 10-year, interest only fixed-rate CMBS loan.

WASHINGTON, DC–HFF is marketing Washington Harbour, an iconic, 562,105-square-foot, mixed-use property with office and retail space on Georgetown’s waterfront. It is 98% leased to 31 tenants with seven years of weighted average remaining lease term. 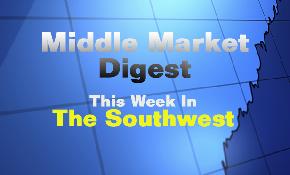