Steven Hash will serve as independent chairman of the board while the company hires a new CEO.

Arthur Coppola is planning to retire from his position as CEO and chairman of the board at Macerich Co., after 25 years in the position. He will continue to serve for the remainder of the year, with his retirement effective December 31, 2018. As such, he will not stand for reelection at the company’s upcoming annual meeting of stockholders. The company will begin a search for a permanent CEO to replace Coppola. In the interim, Steven Hash, the firm’s independent member of the board and the board’s lead independent director, will serve as independent chairman of the board in a non-executive role.

While the industry continues to face many challenges, capital availability is not among them, according to a new report from Yardi Matrix. 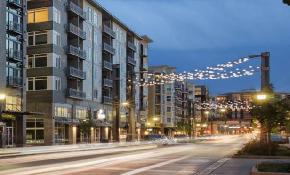 The local job market and Seattle’s appeal to Millennials are the two pillars that will continue to support the extraordinary demand for rental housing in one of the most active US multifamily markets.